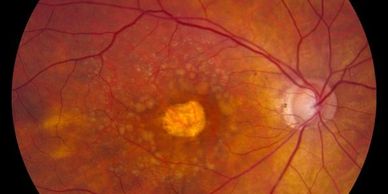 Macular Degeneration is a condition where the rods and cones in the macula degenerate causing permanent vision loss and is the leading cause of blindness in people over 50.

Simulation of Vision with AMD 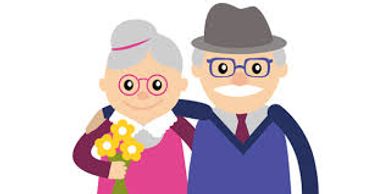 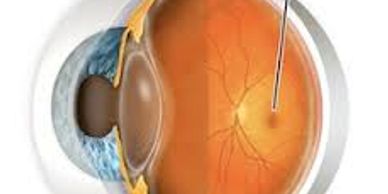 We have been taught that age, genetics, smoking and reduced macular pigment cause AMD. 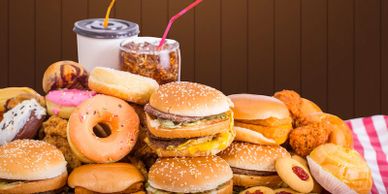 New research indicates that a diet of processed foods including poly-unsaturated “vegetable oils” is a major cause of AMD. 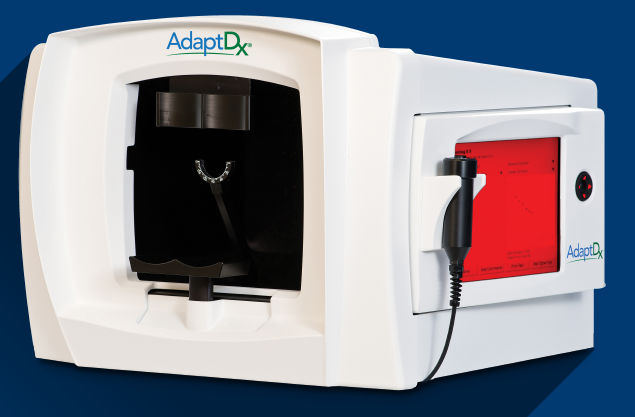 AdaptDx can identify patients who are developing AMD 3 years before we can see clinical signs and can be used to monitor the progression of the condition. 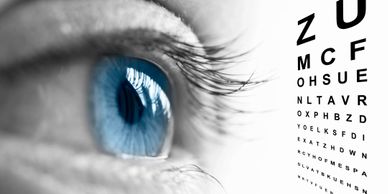 The AREDS-2 formula is commonly recommended for moderate to severe AMD.

However, only 8% of patients taking AREDS-2 showed benefit from taking the supplements and in the AREDS-1 trial, 7.5% of patients consuming the synthetic supplement had an increased risk of hospital admission for bladder and kidney complications from the high doses of zinc. In the AREDS-2 trial, there were more than twice as many lung cancer cases in those receiving beta-carotene (23 patients) as in those who did not receive beta-carotene (11 patients). Lastly, “High-dosage (≥ 400 IU/d) vitamin E supplements may increase all-cause mortality and should be avoided.

MacuHealth is safe to take and clinically proven to increase macular pigment density, which may help to prevent AMD or slow the progression. However, supplementation without diet change is unlikely to stop the disease process. 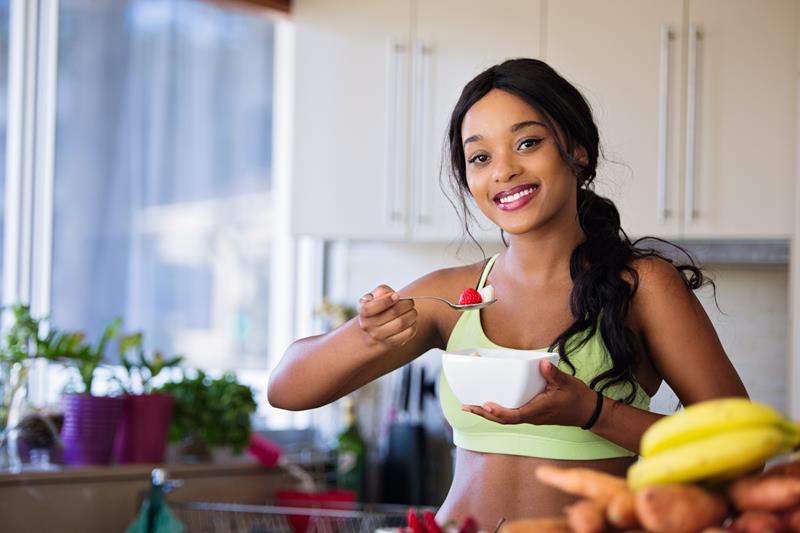 We’ve seen that, historically, macular degeneration was an extreme medical rarity from 1851 until the 1930s. During that era, three of our four major nutrient-deficient processed food elements were introduced – refined white flour, in 1880, polyunsaturated vegetable oils, just after the American Civil War ending in 1865, and trans-fats, in 1911. Sugar consumption, our fourth nutrient-deficient, processed food, was on the rise. By the 1930s, macular degeneration was on the radar of ophthalmologists as a significant entity. By the 1970s, AMD was at epidemic proportions in the U.S. and U.K., with many nations subsequently following suit.